In 1995, Sir Arthur C. Clarke, the futurist and science fiction writer most well known for his novel 2001: A Space Odyssey, presented a television documentary on the 1980 discovery of the Mandelbrot Set (M-Set). Fractals: The Colors of Infinity brings us inside the world of fractal geometry, and soon enough we’re encountering what has been called “the thumbprint of God” and some of the most beautiful discoveries in the history of mathematics. Clarke narrates the 54-minute film, which includes interviews with important mathematicians, including Benoît Mandelbrothimself. David Gilmour, the guitarist for Pink Floyd, provides the soundtrack. It’s hard to imagine a more perfect combination. Fractals: The Colors of Infinity first appeared on Open Culture back in 2010, which means that a second viewing is long overdue. A book closely related to the film can be purchased here: The Colours of Infinity: The Beauty, The Power and the Sense of Fractals.
Vía OPEN CULTURA
- agosto 29, 2013 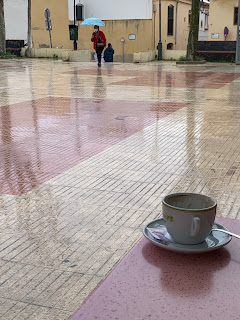